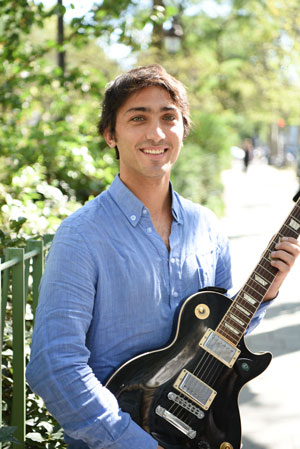 Born in Paris and raised in Madrid, Nicolas started playing piano at age 10 and later switched to the electric guitar. He followed studies in jazz and started classical guitar at the Conservatory of Madrid where he obtained his professional degree in classical guitar. Later he settled down in Paris, where he achieved a bachelor’s degree in musicology. In the same city, he began to play the theorbo, the baroque guitar, and the lute, joining the Conservatory of Versailles where he currently studies early music. Nicolas is also a founding member of the jazz band Quartetto Minimo and the early music ensemble Barbaroco.